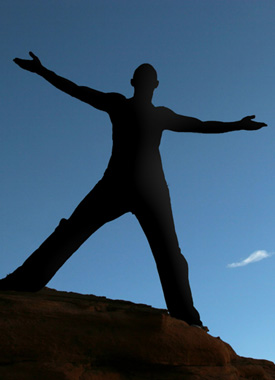 I would like to take time from trading to recommend a person who can show traders how to achieve peak performance in trading. I speak from personal experience that his techniques are easy to grasp and they work. His name is Roger J. Callahan, PhD. And he currently resides in Indian Wells, California.

In the mid 1980’s, Dr. Callahan authored the book “Five Minute Phobia Cure”. This book brought national attention to Dr. Callahan where he was able to demonstrate the effectiveness of his techniques by treating total strangers with severe anxieties and phobias on live syndicated talk shows. His most celebrated patient was Tom Snyder, who was cured of a severe fear of heights on his own talk show, the Tomorrow show. During this time, I was not aware of Dr. Callahan’s teachings and it would be 1990 before I would become interested in his work.

In 1989, I entered the one year Stock Division of the United States Investing Championship. At the end of the year, my account had increased by 56%. This was enough to get my name in some of the national papers and receive recognition for my successes. Even though I considered this to be a respectable showing, I was still plagued by the inconsistencies of my trading decisions. I would have stunning successes, followed by several slumps, followed by stunning successes, followed by severe slumps and so on. The stunning success I could easily handle, the severe slumps were a nagging problem. It was at this time that I decided to look for a way to eliminate the slumps.

In early 1990, I was fortunate to discover that a lot of recent work was being done to help world class athletes achieve higher levels of performance by eliminating slumps. This pioneering work was being done in the field a Applied Kinesiology by Dr. Robert Blaich (Applied Kinesionlogy and High Performance – a study we always share in our TFT Boot Camps). Others who were investigating the cause and elimination of slumps consisted of Dr. David Walther, Dr. George Goodheart and Dr. Roger Callahan.

Through their research, these men found that slumps, psychological reversals in a more general sense, can easily be eliminated in a matter of seconds. The techniques they developed to deal with slumps are easy to use and they work. They are not hypnosis or affirmations, so you do not have to believe in them to make them work. They will world regardless. I use them on a daily basis and can vouch for their success. I no longer have to wonder if I am in a slump and how long it will last. I now trade at a consistent level of peak performance.

If you believe that you are in, or have ever been in a trading slump, I would recommend you get in touch with his office, www.RogerCallahan.com.