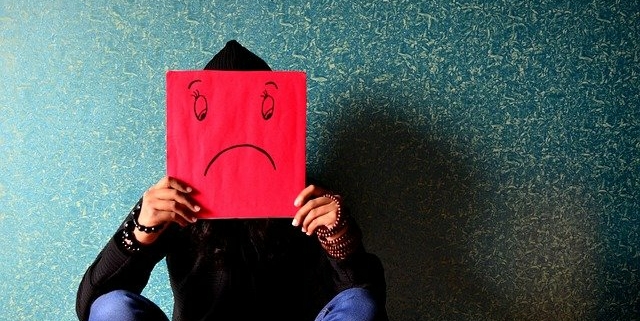 Mental health challenges are on the rise around the world.  News, politics, restrictions feed these fears daily. They are not limited to age, sex, or demographics, affecting rich and poor.  As this trend continues with the current restrictions and health challenges, it becomes more important than ever to have solutions.  At TFT, we have some simple tools that can be shared to help those struggling with their feelings and emotions.  I have placed some simple to follow videos on YouTube, and below are some examples of cases from one of our new algorithm practitioners.  See how simple it is to bring profound relief to young and old.

A 32-year-old male with a history of depression and anxiety presents with specific (and overwhelming) stress related to the Presidential Election and anxiety that his preferred party will lose the election. He also mentioned that the entire year has felt like a traumatic event (referring to the COVID-19 pandemic)

I chose to use the Complex Trauma with Anger and Guilt Algorithm since he described his stress as a response to the traumatic year. The anger and guilt add-ons were chosen based on how he described his stress, and I figured that it can’t hurt to add-on to the algorithm even if I only had a slight suspicion that he needed it.

His baseline SUD was an 8/10. I had him focus on his stress feelings and decided to begin with the 5 PRs because of his long history with depression, anxiety, and negative thoughts. I thought it would be a good place to start to initially remove the blocks that were likely there. I then guided him through the algorithm. After that, I reassessed his SUD and it had come down to a 5/10. I moved on to the 9g and then back through the main sequence, which brought him down to a 3/10. Since he was still above a 2/10, I recommended a mini-reversal at the PR point while visualizing the removal of his remaining stress and then went through the main sequence again. He was then a 1/10, so we did the eye roll. After that he described his stress as feeling “very muted”, so I knew we could stop.

I have witnessed many years of mental health struggles with this client and even with antidepressants, I never saw a true shift in his mental status. Although I believe he likely has many layers to work through, I was enthused at how well he responded to such a simple, safe, and quick treatment.

A 2-year-old male with a new fear of the dark at bedtime – not associated with any known traumas or events. However, he does attend preschool during the day and Mom is unaware of any triggering event that may or may not contribute to this. He is very verbal and a great communicator, especially for his age. However, he was unable to verbalize why the darkness was suddenly so scary to him.

Mom decided to turn the lights off at bedtime and lay in bed with Client C and act as a surrogate for tapping since she expected her son to be quite upset.

We used the Complex Trauma algorithm even though we couldn’t connect his fear of the dark to any known event. I suspected that there was a chance that he was connecting the fear to an experience of his and thought we should at least try and see if it would be helpful to him.

After turning off the lights, Client C was crying and very upset. Mom put her left hand on his shoulder and began tapping on herself with her right hand. She started with the 5PRs. We thought this would be a good idea since it would be a challenge for someone his age to understand and give an SUD rating. Instead, by using the 5PRs, we hoped to unblock him right away from the start. She then moved onto the complex trauma algorithm. After that, he calmed down and quietly laid down next to her on his bed. She waited about 10 minutes to make sure he fell asleep and then quietly left the room.

This case was much different because it was using the use of a surrogate. But also, the boy could not give a rating and the fear had to be brought to his attention instead of simply thinking about it.

It was really amazing to see how fast and with such little effort this algorithm worked to help him relax, overcome the fear and go to sleep. What an amazing tool for parents to have on hand!

TFT Has Successfully Eliminated the Side-Effects of Necessary Medications for...
Scroll to top