What Is TFT Voice Technology and what will I be able to do with it?  How long will it take me to put it to work after I take the course?

I get asked these questions and others all of the time. So,I thought I would share something from two of our recent Optimal Health grads and one of our long time TFT-VT practitioners, Dr. Colin Barron.

Maria attended our recent course in Brazil and even sent us a YouTube video of her excitement. For those of us that don’t speak Portuguese, she kindly sent me the English translation.

Yolanda attended our Paris Optimal Health course and shares her first ever case, her infant daughter’s amazing recovery from being ill.

Then Dr. Colin Barron, a long-time TFT-VT practitioner and physician in Scotland, shares a complex OCD case. It is an example of how quickly and thoroughly one can use VT to address a complicated and previously recalcitrant problem, and how it holds up over time. 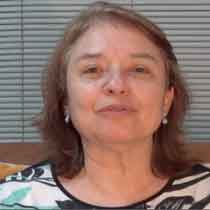 “Hello everyone, my name is Maria do Carmo, and I would like to share with you my immense satisfaction and happiness!

During last month, I attended the TFT course, Voice Technology-Optimal Health. It was an incredible course, where I learned techniques that are transforming the lives of many people.

To give you an idea, I’ll tell you pretty quickly something that happened to me during the course.

On the last day, we had to treat a person over a distance by phone…..imagine the tingling inside, and anxiety!

To prepare for class on the evening before, I was doing the TFT practice to relieve the fear and the anxiety.

Guess what, the next day I was not recognizing myself! I no longer felt afraid, apprehensive or anxious! You can imagine, in this situation speaking in public, facing the students and the teacher, using new learning for the first time…

I was thinking, how terrible it is for people who have to speak in public, and have difficulty! For me it was fantastic and incredible!

TFT has been changing my life, after 20 years working in a multinational company, I have just taken a turning point in my life, I left corporate life, and followed this path as a TFT practitioner. Such is the efficiency of this technique that helped me to decide and gave me the courage to change my professional life.

I think we should share what happens good in our lives, so this is the reason I am telling you about this fantastic healing technique.

I wish you too could have an experience of healing that could bring you much happiness too! ”

We were nearly at the end of our amazing Optimal Health Training in Paris just a few months ago and all had to work on several cases before qualifying. We had been told to arrange for several clients to treat and I had arranged for my first one to be my husband. The plan was to connect online at a prearranged time and treat an old painful injury of his, which I hoped would finally improve with my new skills.

Our training was running slightly behind schedule, mainly because this skilled group of practitioners was so keen to ask Joanne questions. So when the arranged practice time arrived, we were not quite ready to start working with our cases.

It was then that my husband called and explained that our three year-old daughter was very unwell. She had been sick three times in the prior twenty minutes and was lying next to him looking worryingly lethargic.

She clearly needed help as soon as possible. Just as I was going to ask my husband to take her to hospital, it occurred to me I should simply try to help there and then. My motherly instinct must have kicked in, and I decided to rush out of the classroom into the corridor. I put my iPad on top of a radiator, and asked my husband to place one of his hands on our daughter while using his other hand to tap per my instructions. I quickly defined my first ever Voice Technology sequence. My daughter fell fast asleep and I returned to the classroom where everyone was starting their practice cases.

For what seemed like forever, my little girl slept peacefully, while we all waited and waited to hear some news. I was constantly checking my screen for messages and the other practitioners kept asking whether “my baby” was feeling better yet; they were so kind. The feeling of being in the middle of a family that I felt at that time will always be with me.

Over three hours after the treatment took place, I received an email from my husband, which I read out loud for everyone just as it hit my inbox: “Ana has woken up and is feeling 100%. It can’t have been just the sleep! We are off to the beach now. We love you and well done”.

I will always remember the Optimal Health course in Paris fondly as, not only was the weekend a great experience, but I was also off to a great start by having this first success in Voice Technology, even before going home.

Note: TFT is truly cross cultural as we treated clients in Portuguese, Russian, English, Arabic, Spanish and Swedish in these courses during our practicals.

AN UNUSUAL CASE of OCD treated with VT
By Dr Colin M. Barron M. B. Ch.B,TFT-VT 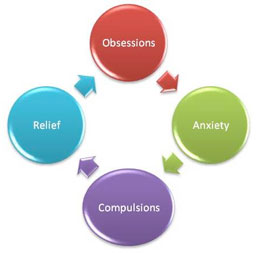 Obsessive-compulsive disorder (OCD) is a common psychological illness. In recent years it has become better known, largely because many high- profile sufferers (such as sportsmen, celebrities and film stars) have admitted to having the condition. Although it is often trivialised by the media, it can ruin lives as conventional medical and psychological treatments are usually ineffective.

Jack, a 21-year-old electronic engineering student at Glasgow University, had suffered from the condition for two years when he first contacted me for VT treatment. As a teenager Jack had suffered from shyness and a lack of confidence and when he first started University he became very anxious in social situations. Eventually this anxiety spread to every aspect of his life and he was chronically tense to the point where he had difficulty concentrating on his studies.

One day in December 2009 things took a turn for the worse. Jack was reading a newspaper report (about some people who had been killed a train crash) aloud to his brother when he made a crass and insensitive comment about the tragedy.

Suddenly Jack felt a feeling of great anxiety as a thought entered his mind that he had insulted the spirits of these dead people and was going to be ‘punished’. From that moment on Jack became convinced that ‘spirits’ could monitor his thoughts and if he said (or even thought) anything ‘evil’ he would face dreadful consequences. Ironically he was in reality a kind, caring and sensitive person who wouldn’t harm a fly.

Jack lived in Helensburgh on the north side of the Clyde estuary and made the 50 mile return trip to Glasgow University every day in a car provided by his wealthy parents, but soon this commute became a nightmare as Jack became convinced that he had committed traffic violations such as speeding or crashing a red light without realising it. If he went over a bump in the road he started worrying that he had accidentally run over someone and had to turn back to check. All this made him even more anxious than before and, halfway through his third year at University, he went off sick as he could no longer face his daily commute and University life.

His GP put him on an the anti-depressant drug Citalopram which had no effect and was he referred to a psychiatrist who stopped his medication and sent him to see a clinical psychologist who attempted to treat him using Cognitive Behaviour Therapy.

Unfortunately this was not effective and eventually his aunt (who practised homeopathy and was familiar with many alternative therapies) suggested he try Voice Technology TFT since she knew this had a high success rate and could even help supposedly ‘incurable ‘ cases of OCD.

In TFT a detailed history is not always required but in Jack’s case I spent quite a long time getting all the details of his condition. I also contacted his psychiatrist since his worries about ‘evil spirits monitoring his thoughts suggested he might be suffering from a psychosis such as schizophrenia which I was not licensed to treat. However his NHS psychiatrist, who was surprisingly amenable to the idea of Jack receiving alternative therapies, reassured me that this was not the case and that Jack’s strange symptoms were entirely related to an anxiety disorder and there was no evidence of a psychosis. Rather unusually, Jack’s OCD consisted purely of obsessive thoughts and he had no compulsions to do things such as washing his hands repeatedly or checking that doors were locked fifty times a day.

I started my treatment by asking Jack when he thought his anxiety and lack of confidence had started and he recalled an incident when he was 11 when his gym teacher ‘ who was a bit like Lee Ermey’s character in “Full Metal Jacket “ ’ had screamed at him for being unable to jump over the vaulting horse and told him he was ‘useless’ and would ‘never amount to anything’.

Jack started to cry as he told me about this upsetting incident so there was no need to check his SUD and,after he had taken a moment to compose himself, I diagnosed five sequences with VT which removed his distress completely. Jack said he felt a weight had left his shoulders and when he thought of the incident the gym teacher seemed distant and much less threatening. ‘He was probably a hen -pecked husband and that explained his behaviour,’ said Jack. Suddenly Jack visualised a picture of his former gym teacher doing the ironing wearing an apron while his wife sat on the sofa behind him eating a box of chocolates while she nagged him constantly. We both laughed at this new revelation.

Next I treated the incident when he made the unfortunate remark about the dead train passengers and got his SUD from 10 to 1 with just two holons. Finally I treated his general sense of anxiety which went from 4 to 1 with just one VT diagnosed sequence.

Jack was instructed to do PR correction every half-hour and collarbone breathing three times a day and repeat a VT diagnosed sequence for anxiety whenever it recurred. After another two weeks of treatment involving a total of two hours VT time Jack said he felt much more relaxed an in control and realised how daft his obsessive thoughts were. The only individual energy toxin I found was ginger beer which Jack agreed to stop drinking as it did seem to make his anxiety return.

Jack had to repeat his third year at university as he had missed so many lectures due to his OCD but went on to get a First Class Honours degree. Two years later I got an email from him to say he had moved to the USA to take up a dream job with a major electronics manufacturer and was engaged to a beautiful American girl who loved his Scottish accent. ‘I can’t thank you or TFT enough.’ he said.

Note: This is a particularly good example of how TFT can successfully address a complicated issue; first by treating past traumas, then determining the number of repetitions needed for the tapping sequences and the identification and elimination of relevant toxins. As you see, it allowed Dr. Barron to accomplish what Psychiatry, medications and Cognitive Behavior Therapy were not able to.