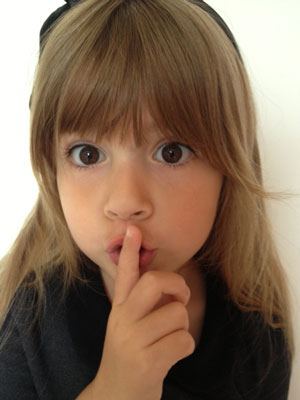 I remember the day Michelle Smith walked into our TFT Optimal Health program. She wanted to start a family, but couldn’t. She’d been diagnosed with severe and “incurable” endometriosis which prevented her from becoming pregnant. As a motivated and vivacious young woman, she stepped up as our first volunteer for a demonstration during the class.

Her case exemplifies the healing power of TFT Voice Technology. And in notes to us since the training, she’s shared her story of more than a year and a half of using TFT to improve so many aspects of her health and well-being. No one but Michelle—in her own words, as she sent letters and emails to us—could accurately convey her feelings and experience. It’s just one more heart-warming story of healing with TFT.

“During the class, Roger found my womb and reproductive area to be in psychological reversal and diagnosed a treatment for the endometriosis which I applied several times that day—as well as repeatedly checking the reproductive area for reversals.

My endometriosis is extremely interesting to treat. It’s only mid-cycle, but I treat it every day and when I treat it, it feels like elastic bands snapping inside me on the laparoscopy scars I have near my ovaries—which can be quite painful but only for a second.

There is no known cause or cure for endometriosis so this will be amazing if it works. I will keep you informed. Every month, I suffer from sickness and diarrhea and excruciating pains that make me scream into a towel so as not to scare my husband. I cannot stand up or eat or sleep, and I have been unable to work due to this. Because we are trying for children, I can’t have a laparoscopy even if I was willing to, as it means we cannot try for children for six months afterward. My husband is 47 and I am 36, so time is not on our side.” Update a few days later…

“I am currently treating my endometriosis every day and every day I identify new sequences that are needed, sometimes several. I am doing everything I can to avoid toxins and am treating with the toxin treatment those that I miss or discover too late.
The strangest thing was, when I first diagnosed a sequence the first few treatments resulted in my feeling sensations akin to elastic bands snapping inside me—sharp stinging pains that went away in seconds. I also experienced pains around the womb area and on my laparoscopy scars and in my sigmoid area. This happened for the first few days of treatment, but now the treatments are pain free.

I have yet to experience my endometriosis days, so I am not sure of the outcome yet. I will keep you informed. I am scared to get my hopes up as there is no known cause or cure, so this is my last hope. But at least I have some hope now which I didn’t have before!”

Then, we received the following e-mail from Michelle…

“I never thought I would be writing this email two days after telling you I was having problems conceiving due to my endometriosis.

But I discovered yesterday morning that I am pregnant.

Even more shocking is that I conceived the evening of the first Voice Technology training day when Roger treated the endometriosis and womb area for reversals and I spent the rest of the day treating it regularly. I think it’s only right and proper to advise you that I think your husband made me fall pregnant!!

What’s even more fascinating is that I had no idea. Since the training, I had been avoiding toxins or eliminating them as soon as they appeared, so I had been feeling really well until yesterday.

We invited the parents over to share the good news and we had dinner together, but I didn’t have time to be host and test for all the ingredients in the meal. I started to feel very nauseous and faint, so I tested the dinner and found I was toxic to cauliflower so I treated that.

I also treated the nausea and within 15 minutes I felt great again. I am so thrilled that I am entering such an exciting stage in my life, with such amazing tools to make it even more perfect. I promise that if [the baby is born] breach, I will videotape the birth and try tapping the PR spot or any other treatment and send you a copy.
Also, when I took the pregnancy test, it came from an old box and I wasn’t sure the result was accurate—so I asked my body the question and Voice Technology told me I was pregnant. When we bought another test, it confirmed the same thing.

P.S. This is a secret for now, so please don’t tell anyone yet. I need to let my family know first. When everyone knows, you can do what ever you like with this email. I want the world to know! Thank you for giving me so much hope when no one in the medical world could.”

As Michelle’s pregnancy progressed, she wrote to say…

I test the pregnancy and baby every day, and everything is great. There were some psychological reversals in the early stages about once a month, but I treated them immediately. In fact, the baby seems to be two weeks ahead for her age. She is definitely no older. That I can guarantee. But she is doing all the things an older baby would do, even though she shouldn’t have reached that stage yet. The doctor says she is the size of a baby a bit older, too.

So my question is: Is it quite normal for the baby not only to be bigger (which I know can happen), but to be ahead in its development whilst in the womb? I wondered if correcting reversals could make any difference?

I am completely fascinated by the whole process and loving every second—even the indigestion and other more unpleasant side effects which VT has cleared up, too. “Baby brain” (forgetfulness and absentmindedness) makes me forget to use VT occasionally, but eventually I remember to use it and the indigestion clears in 20 minutes, even after having it for 2 days.

And might I just add that some side effects will have doctors telling you that they will only disappear once the baby is delivered (in another five months!). VT totally eliminated these symptoms immediately and the physical problem in three days. No medicines!”

At the 6-month mark, Michelle wrote us this update…

“Just an update, the baby is now three-and-a-half weeks bigger than she is supposed to be—conception dates guaranteed. She is blooming! I have a feeling that VT will have a lot to answer for on Delivery Day, and also have a feeling the pain algorithm is going to come in handy!

When I first learned VT, I started to keep a list of all my toxins and non-toxins, comparing them to the lists I had already had diagnosed before by other VT practitioners. They were all the same, and I found many new ones.

After six months of pregnancy, six months off from Endometriosis, 37 traumas treated and listed in my diary, and using VT treatments daily, I am no longer toxic to dairy.

[In a recent note,] Roger explained that I had become healthier and stronger—I imagine due to having six months off from my illness, which has given my body a chance to recover its full strength. I also refuse to use any chemicals in the house and my husband applies the bleach or any other necessary products when I am not there.

I have discovered that I am toxic to my maternity clothes as they are synthetic to enable them to stretch. Cotton maternity clothes are not easy to come by in the winter. I removed and [used the 7-Second Toxin Treatment] for my toxic trousers and my fidgety legs relaxed almost instantly.

I must confess to walking around in long men’s t-shirts most days to give my body a break. Yeast and sugar are a real problem, but I am trying to stay off them and it’s like coming off a drug. I have to use the urge tapping sequence to keep me sane and the anger sequence to calm me down. It’s ridiculous, but if it means I might get some kind of life back, it’s worth the effort.

Sometimes when the baby is jumping around and seems particularly fidgety, I check for toxins and when treated, she settles down. I don’t move anywhere, I just treat her whilst lying still. I realize that she always appears active to different degrees about 10 minutes after I eat. Her activity levels increase when I have a toxin. I didn’t realize until I saw how much she calmed after TFT treatment.”

And in one of the most joyful messages we’ve ever received: 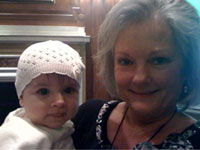 “Please find a picture of our long awaited VT baby… Olivia Louise. She was born by C-section on 29th May. She weighed in at 8 lbs 15 ozs. I used lots of VT, as I lost a liter of blood in a post-partum hemorrhage, but have not had to use much pain relief at all which got all the midwives talking—especially the first night after the operation.

Will write the full story when I am feeling better, I just wanted to show my beautiful girl off to the world, as I am so very proud and totally in love with her.

I asked Michelle for an update on her and Livi and permission to share their story with our TFT community.  She replies in the affirmative and sent some wonderful pictures.  I think you all can agree – a beautiful TFT miracle.  How many other young families could benefit from this knowledge? 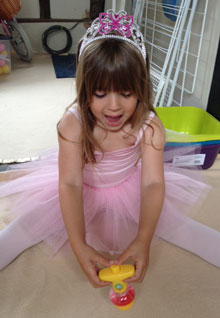 Michelle said, “That’s absolutely fine. I can’t remember how much I’ve told you about her but she loves classical music, she happily sits through a 3 hour ballet and will, herself, have 12+ costume changes a day. She has a reading age of 6 1/2 and when she was 3 years and 1 month she had two I.Q. tests, she reached the ceiling of both tests with an I.Q. of 170 on one particular test.

She loves languages and accents and at 3 she had the vocabulary of an 8 year old. She is being home educated as our local schools have said they would not be able to cater for her as her hearing is so acute its almost painful and she could not tolerate school bells or children squealing.

She is obsessed with foreign accents and loves to talk ‘American’ 😉 she also uses ‘magic tapping’ and it’s as natural a part of her life as brushing teeth or having cuddles. She is very funny and very serious and loves to be a knight in shining armor as much as she loves being a princess. I hope she has an opportunity to meet you again one day.”