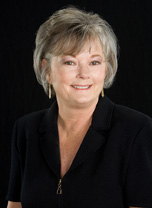 I do hope you all had a chance to watch the teaser for our upcoming documentary, and read the latest issue of Tapping for Humanity.  If not, click here to watch the video:  www.TFTFoundation.org.

When you see the research and trauma relief we sponsor, you will see how important this work is.  We are in need of two laptop computers for this year’s team and PTSD study in Uganda next month.  Please if you have an unused laptop laying around, consider donating to support our research and humanitarian relief.

You can email me, joanne@tftrx.com if you can help us out.

The TFT (formerly ATFT) Foundation will be purchasing reprints. These reprints will be available from the foundation through Joanne@TFTFoundation.org .

The full citation is:

The third study, demonstrating this same model for large-scale trauma relief will be completed in Uganda in June of this year. Suzanne Connolly received a grant from ACEP (Association for Comprehensive Energy Psychology) as seed money for this year’s study. The remaining funding will be provided from the three organizations providing the team: TFT Foundation, (USA), ATFT Foundation UK, and the Mats Uldal Humanitarian Foundation (Norway).

Our join objectives for these studies are:

1. To continue developing and scientifically validating a model in which local community leaders can be trained to treat community members in the aftermath of large- scale disasters, especially in regions where trained professionals are scarce.

2. To relieve the distress of those suffering from trauma and promote Post Traumatic Growth (PTG).

The TFT Foundation is in need of support to continue these studies and provide much needed trauma relief. To see further details about the previous studies and projects or to contribute to our efforts, go to www.TFTFoundation.org

All indicators point to the need for a dramatic overhaul, says the noted scientist and APS award recipient

Yale University psychologist Alan Kazdin began his James McKeen Cattell Fellow Award Address at the APS Annual Convention in a rather unusual manner. He declared that the kind of work he’s done in his career — work that not only advanced clinical interventions, but that merited the award for which he now spoke — has failed to solve the serious problem of mental illness in the United States.

“My view,” said Kazdin, “is that psychosocial interventions as currently studied, practiced, researched, and delivered, will just not have an impact on mental illness in this country.”

Recent data show that roughly 75 million people in the United States meet the criteria for a psychiatric disorder. Kazdin considers that figure a conservative one, as it doesn’t include people who fall just short of clinical diagnosis, or those whose everyday stress may require professional help. Anxiety disorders alone reportedly cost the United States $42 billion a year through loss of work productivity and health care fees.

Yet the dominant form of clinical treatment — individual psychotherapy — is too “elite” to reach a majority of the afflicted, Kazdin said. One-to-one therapy, or even small group sessions, involves high-cost models of care that require lengthy, close supervision by professionals who aren’t evenly dispersed across the country. As a result, only an estimated 20 to 30 percent of Americans who need clinical treatment receive it.

The status of psychotherapy has gained wide media attention of late, largely in response to a report on the topic published in a recent issue of the APS journal Psychological Science in the Public Interest. On one side, psychological researchers want clinicians to embrace empirically tested models of treatment; on the other, therapists feel researchers are out of touch with the needs of their patients.

Kazdin said this debate distracts from the larger problem, calling both groups “out of sync with what is needed in this country to reduce the burden of mental illness.” Instead, said Kazdin, we ought to focus on new models of delivery that can reach people rather than on current psychotherapy as practiced.

“There is no way that is going to help very many people,” he said of psychotherapy. “We need multiple models of delivery and treatment.”

These models exist, said Kazdin, but they are not  currently being used to their capacity. Internet programs and smartphone apps can reach people over a wide geographical base. Lay therapists, such as adolescent peers, can bring aid to young adults. Messages in everyday settings like offices, schools, and stores, can serve as new avenues of delivering interventions.

What is critical is not that all these avenues of delivery resolve every mental health problem, but that awareness of these problems becomes more readily available.

“Why treat people in everyday settings? Because that is where psychopathology is,” he said.

Treatment shouldn’t be the only focus of the effort to reach broader populations, Kazdin said. Prevention can be improved. A national database can be compiled to assess the extent of mental illness. Roles can be found for caregivers with less-than-doctoral training.

Clinical psychologists can also do a better job collaborating with those in other disciplines. Public health workers can lead population-based interventions. And a partnership with mathematics — “absolutely critical,” Kazdin said — can create models that show where to allocate resources to reach the greatest number of people in need.

Simply put, said Kazdin, clinical psychology needs a “fresh start.” The success of psychotherapy has been great, he said, but it’s time to build on that success to bring care beyond the individual level and out to the wider public.

“I began with the notion that our goal should be to reduce the burden of mental illness and psychological dysfunction in the US, and of course worldwide,” Kazdin concluded. “If that is the goal, we have to really reconsider what we’re doing.”

We’ve noticed that stress and anxiety – and the anguish it causes – is dramatically on the rise.  Thought Field Therapy is now reaching more people than ever and helping to overcome fear, anxiety, trauma and addiction.

We now have an iPhone/iPad App and we’ve also launched our new e-training program with great success.

If you are new to TFT and would like to try it today, download our TFT Stress Guide here.

Tapping Into Emotional Freedom from the Effects of Cancer: Part I
by Roger J. Callahan, PhD

History:
One of the current theories on the cause of cancer (Hamer) is that most cancers are caused by severe psychological trauma such as the death of a spouse or loved one. According to Dr. Hamer’s theory, it typically takes about a year before the developing cancer is identified.

My discovery and development of Thought Field Therapy® led to the loss of my successful psychological practice; I was in my mid-fifties at the time. This was due to the fact that I healed my current clients within a few weeks using the new powerful and rapid procedures (Callahan Techniques) I had been developing.

My wife at the time pleaded with me to give up this strange therapy I was doing. However, since I was making revolutionary discoveries in psychology, and I was successfully and rapidly curing my clients, without the need for their suffering during treatment and nothing could deter me from this mission.

My response to this request was a firm NO added by “I will go back to working on a trash truck (as I did in graduate school) before I go back to the ineffective procedures I used before my tapping discoveries.”

I did not go back to the trash truck but my income took a beating and I did have to close my office until I found solutions to my economic problem.

My previous wife left me to marry a very wealthy man. By this time, I was able to help most of my clients who suffered from terrible love pain; but I was not able to help myself. I was a complex case and the procedures I had developed up to that point did not ease my love pain and grief. It was very intense and endured for years until I found further development in my tapping protocols and the important the role of toxins in complex problems. I believe my prolonged love pain and grief was the cause of my cancer.

Whether you agree with Dr. Hamer’s theory of causation or not, anyone who develops cancer is at least severely traumatized by the shocking diagnosis. Typically, TFT is able to quickly eliminate all traces of both traumas; i.e., the originating trauma, if present, from years earlier and the trauma of receiving the diagnosis of cancer.

Tapping away the negative emotions from trauma can reduce stress, and help create a clear and calm presence in the face of this much feared and dreaded disease.

A New Theory:
In subsequent posts I will discuss my “Electric Theory of Cancer” and delve into the many ways that TFT can help improve the quality of life of a person with cancer.