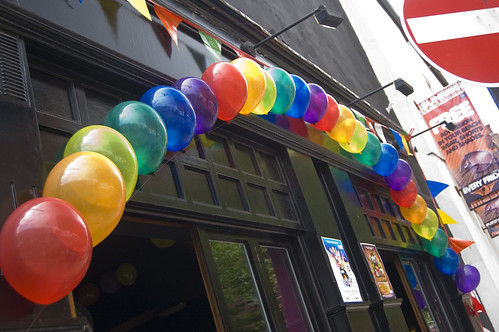 I was somewhat stunned by recent British research (Bartlett et al 2009) who found that 1:6 of their sample of 1328 of counsellors, psychotherapists, psychologists and psychiatrists had agreed to enter contracts for reducing same sex desires and 4% had agreed to help cure people of their homosexuality, despite homosexuality being removed from the manual as a mental illness in 1994 by WHO and in 1983 by the American Psychiatric Association) DSM III. END_OF_DOCUMENT_TOKEN_TO_BE_REPLACED